According to the AA, motorists in the UK can expect to see a rise in their car insurance of up to 10%, despite a fall within the first quarter of 2015. Managing director of AA insurance, Janet Connor, said, “We are starting to see insurers quoting higher prices. I think that is the beginning of a trend, but the market remains very competitive. Car insurance is extremely competitive. Nevertheless the underlying trend is upward”. Drivers thought to be most affected by the rise will be those in their teens, as statistically they are involved in more accidents and are considered to be a higher risk category. 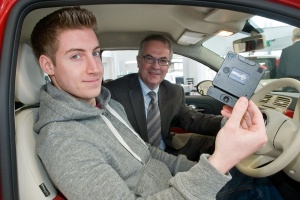 Is there anything we can do to try and keep our insurance premiums as low as possible? Some experts believe that installing so-called ‘blackboxes’ in your vehicle will prove to insurers just how careful a driver you are.? The devices monitor driving habits in a similar way to the black box devices used in aircraft and could prove invaluable to young or experienced motorists. Some specialist providers, such as Insurethebox, Drive Like A Girl and Coverbox, already include this as an option within their polices. Coverbox claim that “Our approach is different ? we use telematics to reduce claims costs by utilising data to clarify disputes, identify fraud, settle claims early and minimise legal fees and fuss. For example, if you are not at fault in an incident, we can defend your claim. While if you are at fault, we can settle quickly ? in both cases there is a significant saving. This makes car insurance cheaper, both for us and for you”. Currently only 2% of drivers use a blackbox, although as it becomes more popular particularly amongst mainstream providers, such as AA Drivesafe and The Co-operative Insurance, and as insurance premiums continue to rise, it is only a question of time before it becomes mandatory to have one of these devices fitted in a vehicle.

Despite the recent rises, average prices have fallen over the last three years due to a crackdown on fake whiplash claims, inflated hire car charges and repair bills, which had all resulted in higher premiums. In fact, the latest annual figures compiled by the British Insurance Brokers? Association (BIBA), reveal that the cost of car insurance fell by 4.4% over the whole of 2014. Unfortunately, motorists are already seeing an increase of ?35 since the same time last year.

One of the reasons for the recent rise in car insurance is that the competition surrounding insurance pricing has dropped more significantly than in previous years, meaning insurers feel less under pressure to cut their premiums. It has also been suggested that falling fuel costs may be partly to blame, as motorists feel less inclined to conserve fuel and are therefore driving not only more often, but also at higher speeds, which potentially leads to more accidents. 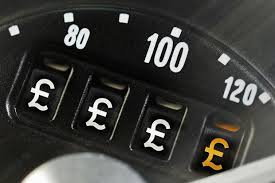 The best way to keep your car insurance costs down is by protecting your no-claims bonus and the longer you can keep it the better your discount. Although it may seem as though you are only saving a few pounds, imagine how much more of a shock it would be if you lost your no claims bonus and suddenly saw a rise of up to 90% on your premium! Another thing to consider is whether you actually need to use your car as much as you do.? The maths is simple: the fewer miles you drive in your car, the greater the saving on your car insurance. Could you reduce your commute to work by joining up with some colleagues and arranging a car pool schedule?

When your car insurance is up for renewal, don’t always assume that your current provider will offer you the best deal. In fact, insurers are well known for saving their best deals for new customers, so it is always worth doing your research and shopping around. There are lots of comparison sites out there, which you can check and compare premiums on and always be prepared to haggle.? It’s surprising what deals insurance companies will offer you if they want to get your business and even more so if you sounds as though you know what you’re talking about!